The evolving West End warehouse district plans to open the next food hall adjacent to the BeltLine in a few months, and plans are becoming clearer as to what exactly will be on the menu there.

Ackerman & Co. and MDH Partners, developers behind the Lee + White venture of 11 adaptive reuse buildings, report this week that the long-discussed restoration component of the project will now open in early 2023. 19 vendors, a central bar and no shortage of Westside Trail frontage.

The food hall component will also connect directly to Lee + White’s Central Lawn, a public gathering and event space that claims a portion of the district’s expansive parking lots.

Officials on Wednesday announced four new concepts for the catering portion, which are expected to diversify offerings in Atlanta’s Southwest district, best known for its range of brewery options today.

In the meantime, Lee + White plans to launch a brightly colored shipping container village near the food hall project in November. The component’s goal is to provide an “affordable opportunity for startups and small businesses looking for a physical space to sell their products,” according to this week’s announcement. 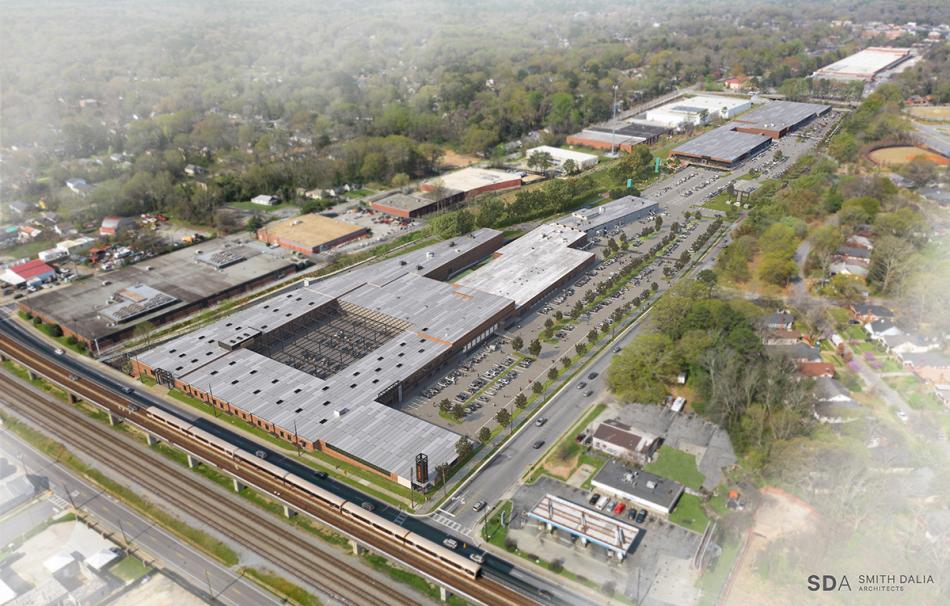 Overview of the Lee + White property, above the nearby MARTA line. Courtesy of Ackerman & Co./MDH Partners; designs, Smith Dalia Architects

Here’s a look at the latest Lee + White food hall concepts, as described by project representatives this week:

Costa Coffee: Known as the UK’s favorite cafe, Costa Coffee will open its doors in a premium 1,647 square foot space in the food hall at the entrance facing White Street. Founded in London in 1971, Costa has nearly 4,000 stores worldwide, including around 2,500 outlets in the UK. [Expect] a full-service cafe at Lee + White, featuring signature coffee blends, craft barista drinks, a fresh on-site bakery, and chef-made breakfast and lunch options.

Choosing Atlanta for the launch of its US expansion, Costa opened its first cafe in August in the CODA mixed-use development of Tech Square and a second location in Atlanta at Emory University’s Goizueta Business School earlier. this month.

Sweet Red Peach: Based in Inglewood, Calif., the family-run Inglewood-based bakery opens its first location on the US East Coast at Lee + White. The bakery is known for its mouth-watering peach cobbler, sweet potato pie, cupcakes and banana pudding, as well as a range of cakes including German chocolate, carrot cake, red velvet and coconut pineapple.

Hype is spelled with the H in Hispanic