As Odd Duck prepares to reopen his new digs at 939 S. 2nd St. in Walker’s Point, a new concept is seeping into his old digs.

In fact, Tulum Latin Gastropub is set to open at 2352 S. Kinnickinnic Ave. later this spring.

The restaurant, owned by Ernesto Carmona, will offer a full bar as well as a menu of South American, Caribbean and Mexican dishes.

General Manager Juan Magdaleon said the concept – named after the bustling tourist town on the Caribbean coast of Mexico’s Yucatán Peninsula – will provide a welcoming and relaxed vibe.

Work has already begun on the space, which will feature matte black walls highlighted by mahogany paneling and cream city brick. White accents will pop against brightly colored furniture and walls covered in artwork created by local artists.

“The whole point of a gastro pub is to focus on the local,” notes Magdaleon. “We want to focus on the community and give back as much as possible through initiatives such as a holiday toy drive and other local events.”

Magdaleon says the kitchen will be led by Chef Dario Nunez, a native of Chiapas, Mexico, whose cooking style has been influenced by his travels through Mexico, including work in cities like Tulum.

Mexican offerings will include dishes like shrimp aguachiles, a fresh ceviche-style preparation native to Mexico’s west coast that features shrimp tossed with fresh lime juice, chili peppers, cucumbers and red onions. Tulum will offer a choice of green or red sauce with tomatoes.

There will also be molcajete with a combination of nopales, chicken, chorizo ​​and steak served in the hot volcanic rock bowl of the same name. The dish will be accompanied by rice, beans, pico de gallo and homemade tortillas.

“At the end of the day, our goal is authenticity,” says Magdaleon. “When I go out to dinner, that’s what I’m looking for. And that’s what we want our customers to experience.

Meanwhile, the full bar will offer a long list of cocktails ranging from michelada and paloma to pina coladas, mojitos, tamarindo margaritas and cantaritos, the refreshing Mexican cocktail made with tequila, citrus juice and grapefruit soda and served in a traditional clay vessel.

Local craft beers will be featured on tap, in bottles and cans. Meanwhile, Magdaleon says they will also be working with Cache Cider’s Ethan Keller to incorporate some of his single-varietal hard ciders, as well as a potentially unique collaborative offering.

Magdaleon says they are also excited to put their own stamp on the restaurant’s terrace, where they will preserve the garden feel to provide diners with a cozy beer garden-like atmosphere.

“We are also very grateful to Melissa [Buchholz] and Ross [Bachhuber] of Odd Duck,” says Magdaleon. “They made our transition into this space so seamless. They recommended us to Ald. Marina Dimitrijevic, and they even offered to take us for a walk around the neighborhood to introduce us to our neighbors.

Ultimately, he says, they can’t wait to introduce themselves to the Bay View community.

“We look forward to welcoming diners to the restaurant,” he says. “People are going to be so excited about the transformation.”

Once open, the Tulum Latin Gastropub will serve lunch and dinner Wednesday through Monday (closed Tuesday) with brunch on Sunday. 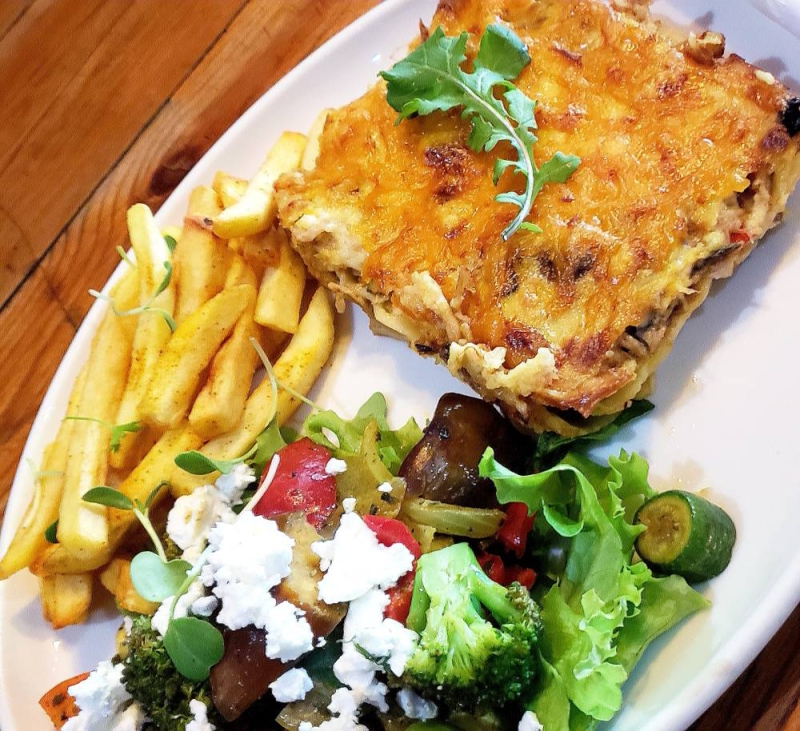